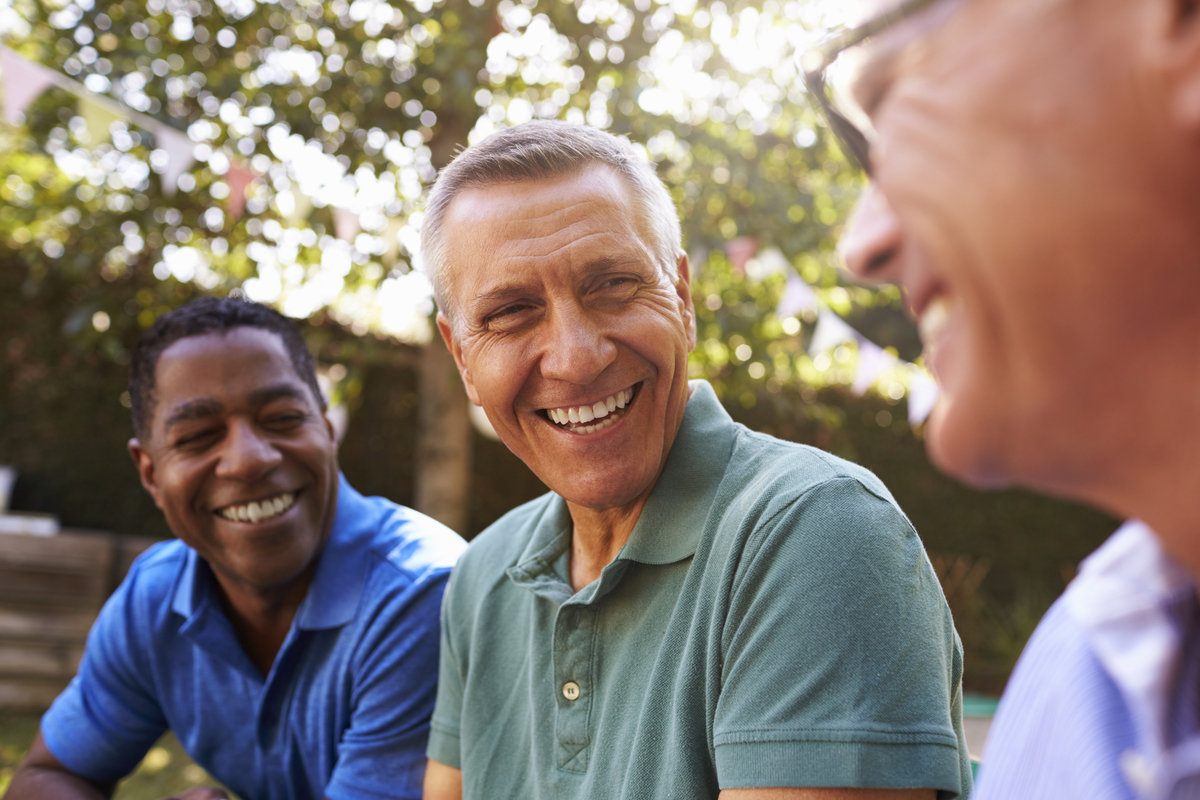 It’s true. Men are notorious for putting off doctor visits. Many think they’re invincible or can’t be bothered. And others only seek medical attention when they’re at death’s door — or when their wives, sisters, mothers, daughters or friends prod them into going.

While every symptom may not warrant a doctor’s visit, some seemingly minor signs shouldn’t be ignored. Below are six danger signs you can help him watch out for:

After 50, constipation worsens in men and women, says Charlene LePane, DO, a gastroenterologist with Florida Hospital. Changes in diet, less exercise, medications, certain diseases, or bed rest after an accident or illness are typical culprits.

Over-the-counter remedies may work for occasional constipation. However, frequent constipation could signal a tumor in the lower bowel that’s blocking waste from exiting the body.

Any change in bowel habits (constipation or diarrhea) that lasts two weeks or more should be evaluated. Both can signal colorectal cancer, the second-leading cause of cancer-related death in men. Also, pay attention to: bloody or narrow stools, unexplained weight loss or fatigue, cramping and bloating.

“Colorectal cancer symptoms often don’t appear until the cancer is well-advanced, and sometimes that can be too late,” says Dr. LePane. So see a doctor right away if you have any of the above.

Shortness of breath can mean a number of things. It can signal a heart attack or congestive heart failure. Or, it could mean a lung disease such as lung cancer, chronic obstructive pulmonary disease (COPD), chronic bronchitis, emphysema, asthma or pulmonary hypertension.

“Many of these are caused by smoking,” says Jorge Guerrero, MD, a pulmonologist with the Florida Hospital Cancer Institute. “Secondhand smoke, chemical fumes, air pollution and dust can be factors as well.”

Symptoms shouldn’t be ignored because all these conditions worsen over time, adds Dr. Guerrero. If caught early, treatments may prevent diseases from progressing.

Pain when urinating usually means a urinary tract infection for women. In men, it signals an enlarged prostate gland or prostate cancer.

“Most men are going to have to deal with an enlarged prostate at some point in their lives,” says Stephen Dobkin, MD, a urologist with Florida Hospital.

Benign prostatic hyperplasia (BPH), a non-cancerous enlargement of the prostate, may be caused by hormone changes in aging men.

But painful urination can be a sign of a more serious problem: prostate cancer, which affects one in six men, according to the Prostate Cancer Foundation.

His risk increases if he’s over 50, overweight, doesn’t exercise, is African-American, or has one or more first-degree relatives (father, brother, son) with a history of the disease.

Early stages of prostate cancer often have no symptoms, so routine screening for prostate-specific antigen (PSA) levels is important. Trouble urinating, weak urine stream, blood in urine or semen, pelvic pain or discomfort, and frequent urinary tract infections are all symptoms of prostate cancer and BPH.

Is it indigestion or a heart attack? “Even if it’s short in duration, it can be a sign of something serious,” says Linus Wodi, MD, a cardiologist at Florida Hospital.

A blood clot may have lodged in a narrowed section of a coronary artery, completely cutting off the flow of blood to one section of the heart. If you experience chest pain, shortness of breath, severe lightheadedness or sudden pain in the shoulders or arms, call 9-1-1!

About 50 percent of deaths from heart attacks occur within three hours of the first symptoms. And the Centers for Disease Control and Prevention reports heart disease is the No. 1 cause of death in men.

Falling asleep during the day — at the movies or in front of the TV — can be a sign of obstructive sleep apnea, where the airway narrows or is blocked during sleep, cutting off breathing and disrupting slumber five to 30 times an hour.

“We all have a night here and there when we don’t sleep well. But if the fatigue doesn’t go away, obstructive sleep apnea can cause an increased risk of high blood pressure, heart attacks, stroke and diabetes,” says J. Scott Magnuson, MD, an otolaryngologist with Florida Hospital. And it can increase the risk of arrhythmias, or irregular heartbeats, and even heart failure.

Common in overweight men and heavy snorers, the condition can be treated with breathing devices such as a CPAP (continuous positive airway pressure), an apparatus that you wear at night to keep airways open and TransOral Robotic Surgery (TORS), a minimally invasive procedure where surgeons remove obstructive tissue at the base of the tongue.

Symptom #6: A Pain in the Side

Any pain between the ribs and your hips could be a symptom of appendicitis, pancreatitis or an inflamed gallbladder. In all three cases, the cause is the same: Something has blocked up the organ in question, resulting in a potentially fatal infection.

If the pain is in your lower-right abdomen and your white-blood-cell count is up, says Juan Omaña, MD, a general surgeon at Florida Hospital, it’s probably appendicitis. Pain in the upper abdomen with high white blood cells usually means an inflamed gallbladder.

And if it hurts below your breastbone and certain enzymes in the blood are elevated, then pancreatitis is most likely the culprit. The pancreas stays, but a gallstone may be blocking things up. If so, the stone and the gallbladder may have to come out. These symptoms are true for women as well.